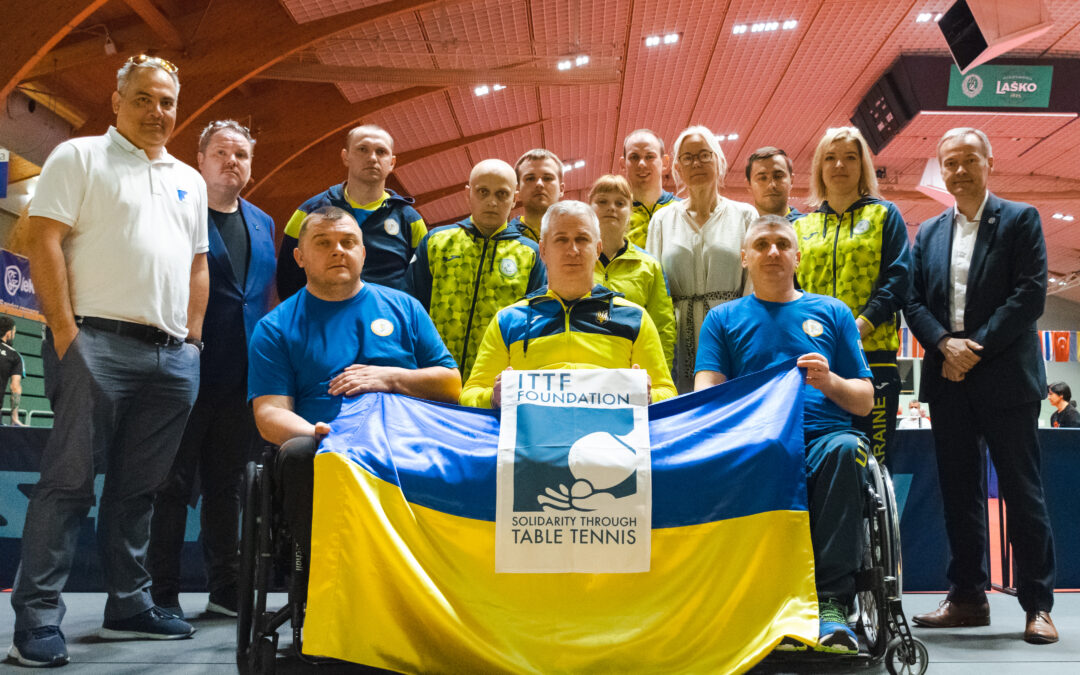 Prepare your schedule for the forthcoming year, there are certain tournaments you include without hesitation.

The Slovenia Para Open, first staged in April 2004, when 176 players from 21 countries competed in 31 events, was most imposing.

It was the spark that has enabled the tournament to become one of the most established of all; quite simply, it is not to be missed.

In 2022, the total number of entries prior to the start of play was 327, representing 39 member associations, players on duty in 38 events.

Furthermore, the global reach has grown; in 2004, 171 players were from Europe, the remaining five from Pan America. Now in 2022, in addition to the expected high number from Europe, no less than 77 players have travelled from Asia, a total of 44 from the Americas.

It is fact that delighted Petra Sörling, ITTF President when visiting the tournament on Friday 13th May.

“The impression here, it is very nice to see all the players gather again; over 300 players are here in Lasko; good matches to watch throughout the venue. It is really good to see such a high level of competition.” Petra Sörling

“It’s so interesting to be in Lasko at one of the biggest and favourite Para events. It’s my first time here and it’s impressive the work done. More impressive is to have such a big event after the pandemic when there are still a lot of complications. It is a positive signal for our sport and to see the athletes fighting with the passion again after a long time away, it’s exciting. It’s simply great to see Para back and now we start to look to the future on how to make Para even bigger and better.“ Steve Dainton

Progress, it has been the message time and time again when the subject of Para table tennis is on the agenda; a person who more than most aware of the advances made is Raul Calin, the ITTF Secretary-General.

At Para events, on numerous occasions he has sat courtside advising players.

“I was coaching players in a club starting in 1994 and became National Team Coach; in 1998, the World Championships in Paris that year being my first event. I was coach until 2003, I stopped when joining the ITTF. So, basically I attended as coach two World Championships – Paris 1998 and Taipei 2002; three European Champs – Piestany 1999, Frankfurt 2001, Zagreb 2003 and the Paralympics in Sydney.

“To me, the major improvement has been on the technical level of the players, which is probably due to the bigger integration in the different countries, and also the advancement in development, non-existent until 2012 or so.” Raul Calin

Play in Lasko came to a close on Saturday 14th May with a programme takes your breath away.

No less than 20 semi-finals were played, eight matches in group organised events concluded and 34 finals!

The conclusion: with the support of all concerned including the ITTF Foundation, Para table tennis is blossoming.