Represented by Iker Sastre and Miguel Angel Toledo, in the men’s team wheelchair categories, Spain was very much the nation to catch the eye on Friday 10th May at the Para Thermana Lasko Slovenia Open 2019.

Competing in class 2, contrary to expectations, first place in the initial stage group was secured; the result a direct entry to the semi-finals, the outcome a guaranteed medal. 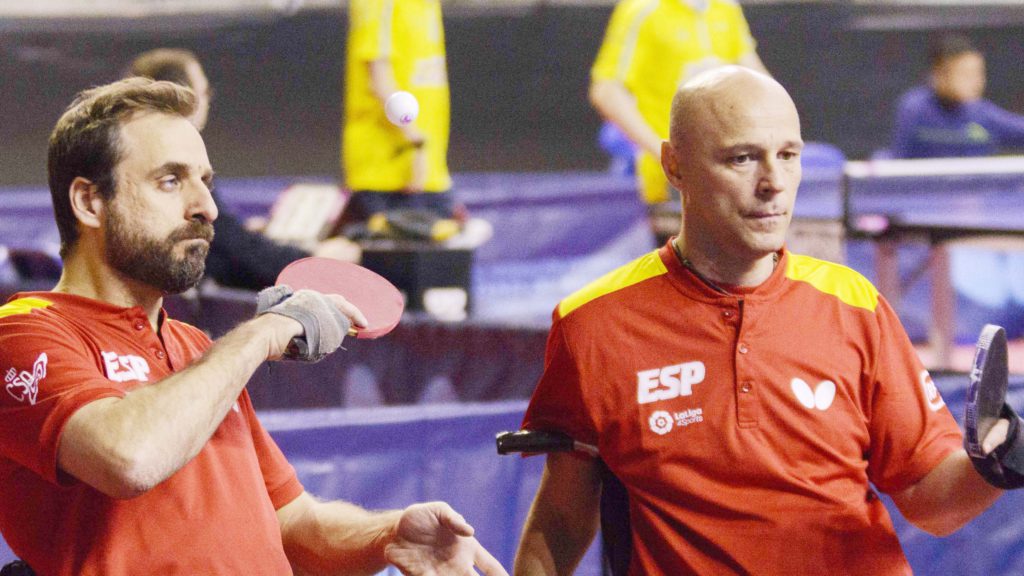 The third highest rated outfit in their initial stage group, Iker Sastre and Miguel Angel Toledo remained unbeaten. They ended the day ahead of the no.2 seeds, Rafal Czuper and Poland’s Tomasz Jakimczuk; the Brazilian combination of Guilherme Marcio da Costa and Iranildo Espindola finishing in third place.

Problems for Rafal Czuper and Poland’s Tomasz Jakimczuk, not for the French pairing of Fabien Lamirault and Stéphane Molliens; top spot and like the Spaniards, progress to the semi-finals was their lot.

First place for the highest seeded outfit, in the remaining men’s team wheelchair classes it was the same.
In class 1, the Korea Republic was dominant, Joo Youngdae and Kim Hyeonuk secured first place in their group, a feat achieved somewhat against expectations by their colleagues, Na Kiwon and Park Sungjoo.

They finished ahead of the combination formed by Switzerland’s Sylvio Keller and Alan Papirer of France, on what was not a good day for Great Britain. The second seeded trio of Paul Davies, Rob Davies and Tom Matthews had to settle for fourth spot.

Meanwhile, in the remaining men’s team wheelchair classes, the top two seeds progressed to the semi-finals.

Progress, the situation also applied in class 5 to the leading outfits. Germany’s Thomas Schmidberger and Valentin Baus ended matters in first place in their group as did the trio formed by Great Britain’s Jack Hunter-Spivey who joined forces with Norway’s Tommy Urhaug and Sebastian Vegsund.

Play concludes in Lasko on Saturday 11th May.