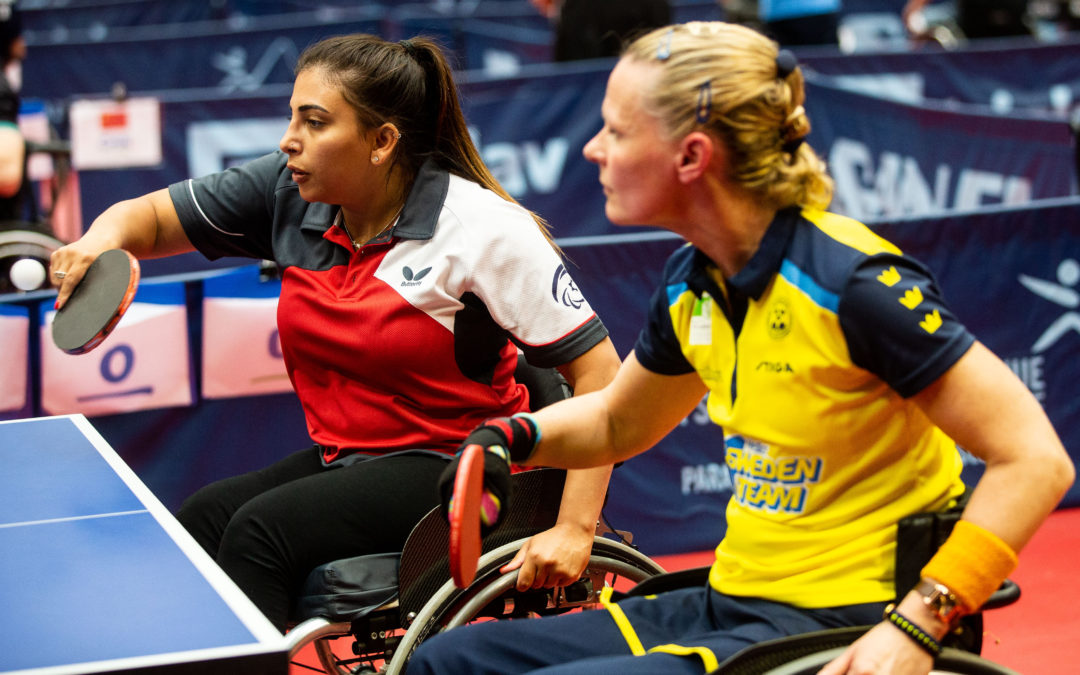 Success for China’s Liu Jing and Gu Xiaodan two days earlier in the individual events at the Para Thermana Lasko Slovenia Open 2019; two days later on Saturday 11th May there was further success. 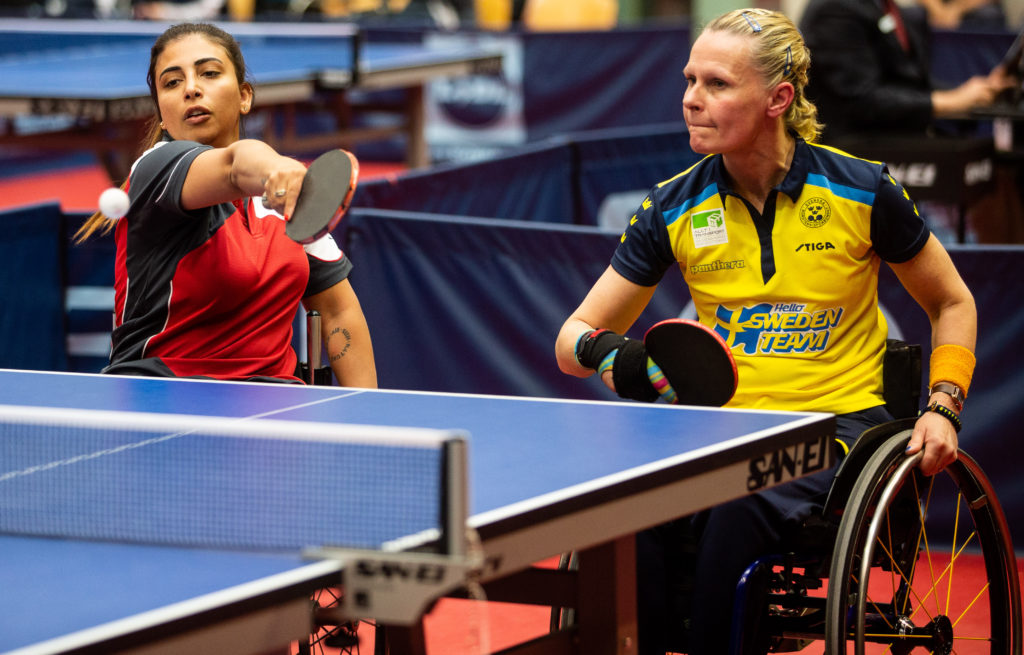 Gold medallist in Beijing, London and Rio de Janeiro, the three most recent Paralympic Games, on the second day of action Liu Jing had won the class 2 title; partnering Nadejda Pushpasheva, on the concluding day of play, the class 1-2 team title was secured.

The top seeds, in a group organised event, they finished ahead of the no.3 seeds, the Brazilian combination formed by Catia da Silva Oliveira and Maia Limp de Azevedo; Florence Gossiaux-Sireau of France in partnership with Argentina’s Maria Garronne ended the day in third position.

Similarly, Gu Xiaodan added to her success in the individual events; competing in the same category and partnering Zhou Ying, the duo secured the class 4 team title. The top seeds, at the final hurdle they recorded a 2-1 win in opposition to the no.2 seeds, the Serbian combination of Borislava Peric-Rankovic and Nada Matic.

Gold for China but it was not the situation in class 3 nor in class 5; events in which they held the top seeded positions. In class 3 the trio comprising Xue Juan, Li Qian and Yang Zhonghui experienced a 2-0 defeat in the final against Korea Republic’s Yoon Jiyu and Lee Migyu.

Meanwhile, in class 5, the outfit formed by Zhang Bian, Zhang Miao and Pan Jiamin had to settle for second place in a group administered event. In the vital concluding match of the itinerary, they suffered 2-1 reverse at the hands of the combination formed by Sweden’s Anna-Carin Ahlqhuist and Israel’s Caroline Tabib.