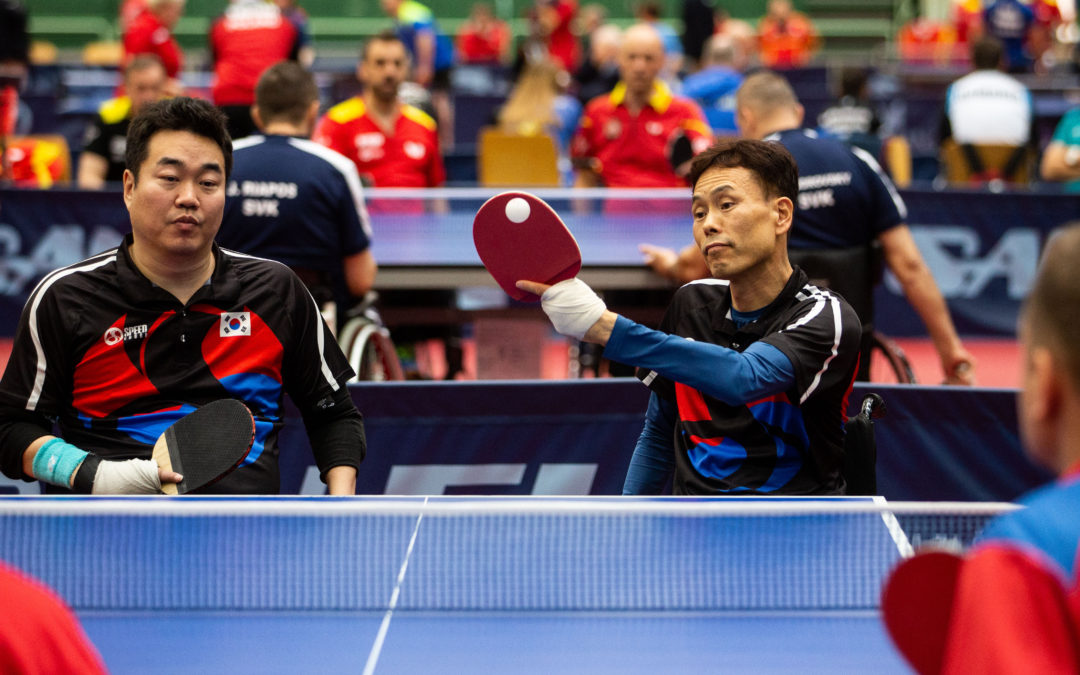 Play in the wheelchair classes in the men’s team events concluded on Saturday 11th May at the Para Thermana Lasko Slovenia Open 2019, the Korea Republic emerged the most successful nation, China’s Feng Panfeng, the reigning Paralympic Games and World champion, the most successful player. 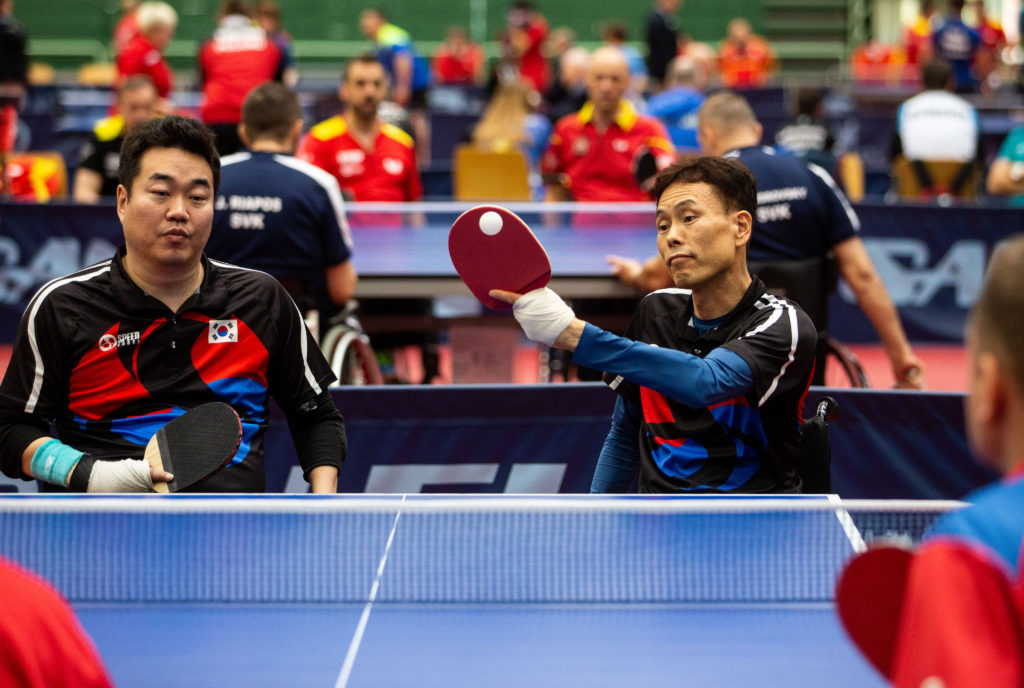 However, the winning outfits were not necessarily a might have been anticipated.

Korea Republic dominated class 1, they provided both finalists but it was the unseeded second team duo of Nam Kiwon and Park Sungjoo who emerged the winners; at the final hurdle they recorded a 2-0 win in opposition their colleagues, the top seeded partnership formed by Joo Youngdae and Kim Hyeonuk.

Similarly, in class 4, compatriots Kim Younggun and Kim Junggil, although major contenders for honours, did not start as favourites; they were the no.2 seeds. In the final they upset the odds; a 2-1 win was the margin of victory in opposition to the top seeded Turkish combination of Abdullah Ozturk, Nesim Turan and Suleyman Vural.

Success for the Korea Republic, there was also success for China; notably more gold for the irrepressible Feng Panfeng. The winner two days earlier of the class 3 singles title, in the same category he joined forces with Zhai Xiang and Guo Fei to secure team gold. The top seeds, at the final hurdle they accounted for the no.3 seeds, the combination formed by Ireland’s Colin Judge and Jenson Van Emburgh from the United States.

More gold for Feng Panfeng and for the player he had beaten in the singles final, there was a degree of consolation; Thomas Schmidberger partnered German colleague Valentin Baus to success in class 5. The top seeds, in the final the duo combined to record a 2-0 win against the no.2 seeds, Norway’s Tommy Urhaug and Great Britain’s Jack Hunter-Spivey.

Delight for Thomas Schmidberger and Valentin Baus but the happiest man was seemingly Jack Hunter-Spivey. A 2-0 win had been posted at the semi-final stage in opposition to the no.4 seeds, the Chinese trio led by Cao Ningning, the Rio 2016 Paralympic Games gold medallist; in Lasko supported by Zhan Dashun and Shi Yanping. It was for the British player very special on a special day.

“It’s always a pleasure playing with Tommy and it’s great to get to the final of such a strong competition. I feel that I’ve played very well this week; I’ve been training hard and I’m starting to see the rewards. Beating Baus in the singles event is a great win for me as he is a great player and now I’m showing that I’m on the same level as the top players in the world. Overall I’m really happy with my performance and a big win over China in the team event on my birthday makes it even more special.” Jack Hunter-Spivey

A delighted Jack Hunter-Spivey, it was also a delighted Fabien Lamirault and Stéphane Molliens; the top seeds, the French pair secured the class 2 title; they overcame the no.3 seeds, Slovakia’s Jan Riapos and Martin Ludrovsky 2-0 in the final.

Proceedings over in Lasko, attention now turns to Wladyslawowo; the three day Para Polish Open 2019 commences on Thursday 30th May.