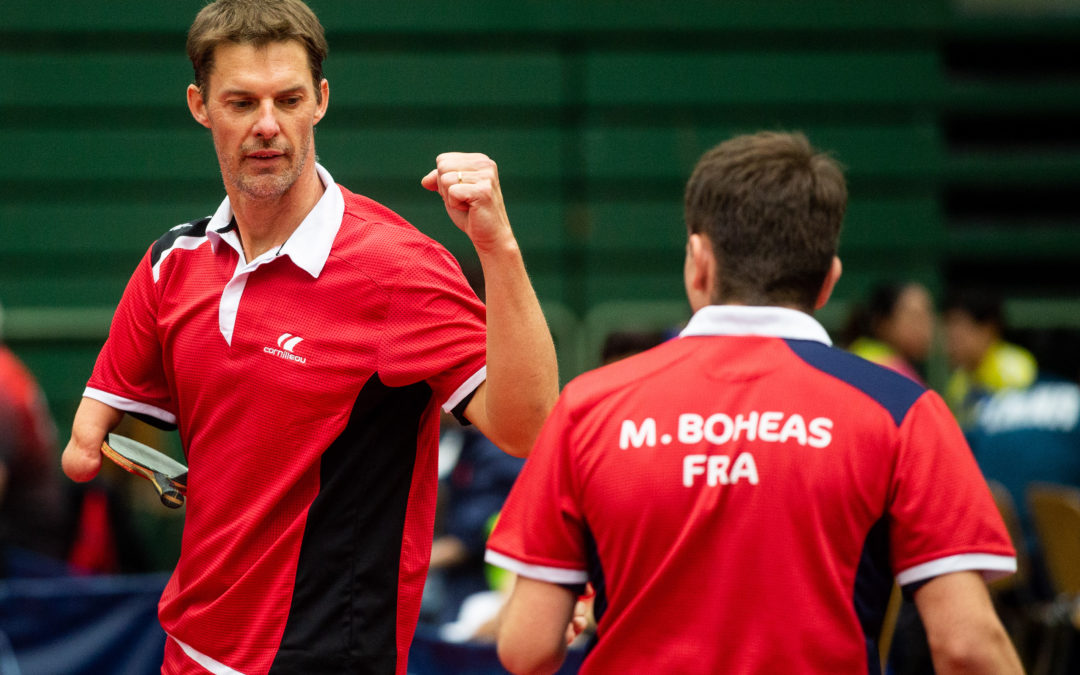 The lowest rated outfit in their initial stage group, the French combination formed by Mateo Boheas and Gilles de la Bourdonnaye emerged the biggest surprise winners on the concluding day of action, Saturday 11th May, at the Para Thermana Lasko Slovenia Open 2019. 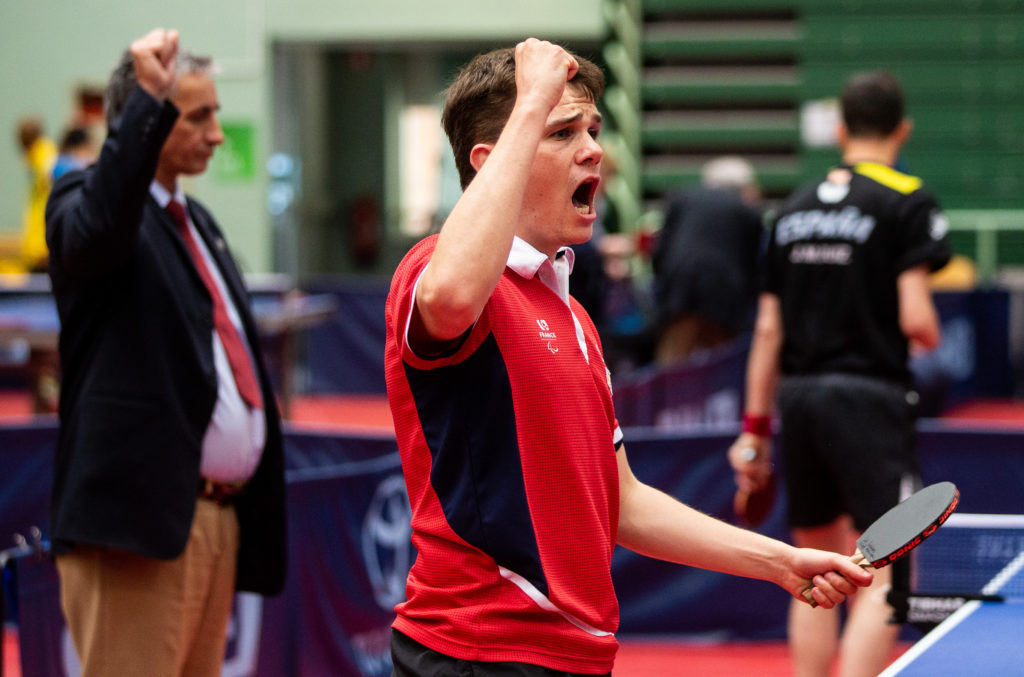 Against the odds, they won the men’s team class 10 title.

First place in the group secured without the loss a single individual match, next a quarter-final success by the same 2-0 margin in opposition to Japan’s Nariaki Kakita and Naoya Nagashita was recorded; on the last day of play the form was maintained.

They posted a 2-1 win against the Spanish outfit comprising José Manuel Ruiz, Juan Bautista Perez Gonzalez and Jorge Cardona, prior to securing a 2-0 win in the final against the combination of Montenegro’s Filip Radovic and Great Britain’s Kim Daybell.

Defeat for Kim Daybell but the recently qualified doctor was in a philosophical frame of mind.

“I think we played good doubles considering we have never played together before; we could have nicked the doubles in the final and Filip was unlucky not to win his singles. I’m pleased with the way I’ve played this week although my results could have been better in the singles. As it is qualification year for Tokyo everyone is playing at a very high level and the margins are very tight, playing anyone in the top 15 you know you it is going to be a battle.” Kim Daybell

Spain’s Alvaro Valera added to the class 6 men’s singles title secured earlier in the week by joining forces with colleagues Jordi Morales and Alberto Seone Alcazar to win class 7 gold; the top seeds, a 2-1 victory margin in the final against the no.2 seeds, China’s Yan Shuo and Liao Keli, sealed the title.

Similarly, in class 11 it was success for the top seeds; Belgium’s Florian Van Acker and Hungary’s Peter Palos joined forces, a 2-0 margin being the outcome in the final against the no.2 seeds, Japan’s Takeshi Takamori and Koya Kato.

Titles for the top seeds, in class 6 it was gold for the no.2 seeds, as it was in class 8. In class 6, China’s Huang Jiaxin and Chen Chao recorded a 2-1 win in the gold medal contest against the no.2 seeds, the combination formed by Romania’s Bobi Simion and Italy’s Matteo Parenzan. Meanwhile, in class 8, it was a 2-0 success for China’s Zhao Shuai, Chao Qun and Peng Weinan when facing the top seeds, Ukraine’s Viktor Didukh, Ivan Mai and Maysym Nikolenko.

Impressive from the second seeds, in class 9 it was impressive from the no.3 seeds. At the final hurdle Japan’s Koyo Iwabuchi anf Nobuyuki Suzuki secured a 2-0 win against the top seeds, Sweden’s Emil Andersson and Daniel Gustafsson to claim gold.

Proceedings over in Lasko, the focus now turns to Wladyslawowo; the three day Para Polish Open 2019 commences on Thursday 30th May.